Click Here and Submit your Investment Documents for Review

The law mandates comprehensive disclosures almost any time a private investment opportunity is offered or sold and few private companies devote the resources necessary to make comprehensive disclosure available to investors. The result is that both the company and management may be liable and an investor entitled to return of his or her investment. Our initial review is free, so submit now.

PATHWAY TO RECOVERY OF INVESTED FUNDS

Our discussion begins with the recovery of invested funds.   We encourage investors to involve attorneys, accountants, and other professionals at the investment selection stage, although attorneys are commonly engaged after the fact.  Fortunately, recovery is possible and quite common.  Timing is important though and action should generally be quickly taken.  For larger issuers, a public market exists and the share price is generally much more stable.  In a private placement, there is typically no public market developed for the securities and issuers are using or depleting capital as it is being received.  The end result may be a fight with other creditors or defrauded investors to recover what may be remaining.

The most common method in which to recover funds, following a commitment or transfer, is with allegations of fraud.  The disclosure requirements for securities offerings are fairly broad and few of the smaller issuers have the means or ability to comply.  A single omission or misstatement may serve as grounds to raise common law, state, and federal securities fraud claims.  The issuer and management then face a difficult choice because of the time and expense in defending securities fraud suits as well as the damage such claims leave behind.  Even mere accusations of fraud may interfere with professional licensing and additional capital raises and, if a lawsuit is successful, a finding of fraud may result in the end of management’s career in the securities business or as an officer or director.

PRIVATE PLACEMENTS CAN BE REWARDING, BUT ARE RISKY

The investment in a private placement of securities generally involves a high degree of risk and should only be considered by knowledgeable and sophisticated investors.  Excellent investment opportunities may be presented in the private markets, but the corresponding risk profile is higher than their registered counterparts.

COMMON MISUNDERSTANDINGS REGARDING A PRIVATE PLACEMENT OF SECURITIES 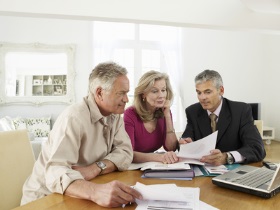 My Investment Advisor will help me Evaluate the Offering

We generally disagree.  A financial or investment advisor is predominantly trained for retail sales of investment products.  While there may be a few analytical advisors with sufficient training and experience to properly evaluate a private placement, the vast majority are relationship managers that focus on the sales process.

All Private Placements are Fraud

A private placement of securities simply indicates that the investment has not been registered with any state or federal authority and is therefore generally not eligible for public offer or sale, unless an exemption applies. However, private placements are commonly undertaken by smaller issuers, correspondingly with less resources, and we do find that fraudulent offerings are substantially more common when an offering has not been registered.  The dollar size of the frauds that do occur are generally smaller though and effect a limited number of investors.

Many endeavors begin with a proper purpose, but the implementation of good intentions is far more difficult.  The problem with regulators is that they have the duty to regulate the markets and their own incentive structures do not necessarily protect the investing public.  In contrast, situations arise where the interests of a particular investor rests in direct conflict with the regulator.  We accordingly recommend to speak with an attorney before any regulatory referral is made.  This issue becomes even more problematic in that once a referral is made, the course of that investigation may take on an independent force and the investor may not be able to retract the regulator from pursuing its own organizational interests.

Recommendations from Friends and Family Make for Good Investment Advice

A substantial amount of fraud in private placements occurs among the circles of people closest to the investor.  The unsophisticated investor turns for advice to trusted circles of friends and family but, unfortunately, those friends and family members are also invested in the fraudulent scheme and are not qualified to properly control investment risk or make recommendations.

We are not aware of any studies to substantiate the amount of fraud in connection with the sale of private placements through registered market participants as compared to the investments sold directly by the issuer.  However, we have seen a substantial amount of offerings that would not likely pass a test under the anti-fraud prohibitions of the federal securities laws or are offered on terms that likely provide for a poor risk-reward ratio.  One benefit from the larger and better capitalized firms is that these companies may be held jointly liable in selling unsuitable investments and may therefore be a viable option for recovery of loss, whether through litigation or arbitration.

IMPORTANT CONSIDERATIONS IN AN INVESTMENT SELECTION

Liquidity - Begin with an Exit Strategy

The starting point for an investment is the identification of the exit.  We set forth a time horizon for the investment and then identify the way or ways in which the securities can be converted to cash.  This technique assists in identifying the manner in which the sale will eventually occur and then also enable the investor to evaluate investment opportunities on projected rates of return.  For the typical private placement, however, liquidity is a primary risk and many issuers disclose the lack of liquidity as a primary risk factor.  The result to the investor is a long-term or permanent freeze of funds and, in certain instances, a conflict of interest may be present or arise where the issuer has little incentive to reduce the equity capitalization of the company.

Control the Use of Proceeds of the Offering

A step for the analysis of the investment opportunity is the identification of the use of proceeds and the verification of proper control mechanisms to assure that the funds invested will actually be used for the intended purpose.  A reputable escrow agent will help in this regard and may be used as a depositary for funds while a contingency of funding is met.  The investment and transfer of initial funds does not then conclude the investor’s work as a system of continual oversight and review should be utilized to verify that additional investments and cash flow distributions are used in the specified or, at least, a reasonable manner.

Set an Appropriate Valuation for the Investment

An important consideration for investment is that of valuation.  For registered companies, a public market for the sale of securities exists and therefore, a current and historic comparison can be made for pricing and irrespective of whether the particular issuance of securities is registered.  The market pricing for these securities arguably already reflects the valuation made by the public.  For private placements, pricing information may not be available and, moreover, the lack of any trading market may serve as a complete bar to the subsequent sale.  The result is that the investor is charged with making their own independent review and valuation of the securities to be issued.  Such valuation should naturally take into account all risk factors, including that of the liquidity risk present.  Three standard approaches to valuations include the market, income, and asset-based methodologies for the issuer and subsequently, appropriate adjustment should be made for the particular class of securities being sold.

Decide between Active or Passive Management

In determining an appropriate investment strategy and particular investment, the investor’s interest in participation should be taken into account.  While there is no single correct investment strategy, some investments are more risky and may require continual oversight.  Other investments are passive in nature and already have various systems of controls that may even prevent any involvement by the investor.  Active investments typically have higher opportunities for reward as these may not available to the general public and are smaller in nature, thereby offering tremendous growth opportunities at the early stages.  Passive investments, such as that of mutual funds or debt or equity investments in blue-chip corporate issuers, rely on professional teams of officers and directors or fund managers and are substantially more stable.  This stability comes at a price though as it is rare for a larger company or fund to match the prospects of the select few companies that do have rapid growth.

Section 29(b) of the Exchange Act, 15 U.S.C. §78cc, provides the statutory mechanism to rescind contracts entered into on fraud.  Rescission is a powerful tool for the investor when timely asserted.  The reality with the sale of securities is that the scope of the disclosure and compliance requirements is so broad that even the largest of issuers have difficulty to comply.  For example, where a required disclosure was not made, the unregistered investment was publicly offered without compliance with a particular exemption, or an unlicensed salesmen was used in the process, the investor may be able to then demand repayment of all funds invested.  However, statutes of limitation apply.  For rescission, investors may find that a limited, one year period applies from date of discovery or three years from the date of sale.  Under §10(b) of the Exchange Act and Rule 10b-5 thereunder, suits seeking damages for fraud are governed by a two year limitations period from discovery or five years from date of sale.